FREE SHIPPING On All Orders In The USA

Justin Rimbert: Although you’d always been on everyone’s radar as a young up & comer, your McTwist really put your name on the map.  How has your life changed since only one year ago? 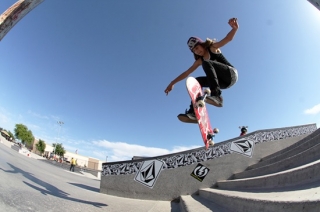 Alana Smith: From landing the McTwist it has changed a lot. It really let me show that women’s skateboarding is growing, and that even though I am young I am progressing just as fast as the boys my age. It gave me the motivation to work harder so my next competition I could have more tricks to showcase.

The biggest thing though that came out of landing the Mc Twist was my invite to XGAMES Barcelona. That was my dream come true…I decided to get into skateboarding after watching Xgames with my dad. That was always what I had my sights set on, making it to the XGAMES, like my Idols Tony Hawk, Buckey Lasek, Lynz Adam Hawkins Pastrana, Mimi Knoop, Steve Caballero, Danny Way. They inspire me to skate Tranny and to go big and take risks.

JR: You bring up women’s skateboarding which has recently come into the microscope after Nyjah Huston made some remarks saying that skateboarding “is not for girls.”  Although he’s recently apologized for this remark, is this general sentiment something you’ve noticed when you’re out skating in your local park?  How are you received as a girl skateboarder that rips harder than most guys?  And where do you see the future of women’s skateboarding going? 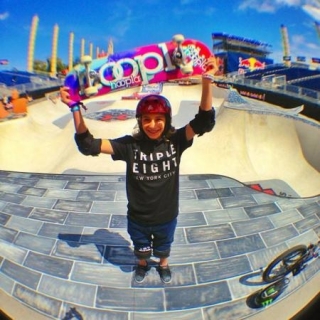 Nyjah Huston made about girls skateboarding, at first I was kinda shocked that he said it. But I really didn’t take it personally; I’ve been skating for 5 years with mostly only guys my age and older. I hear comments here and there… Then they see that I can skate and they shut up. I thought the comment made about “that one girl made a 540, but that’s vert it’s different”?? I was like… Hahaha not sure if he was talking about Lyn z Adams Hawkins Pastrana or me (we are the only two girls to throw it) but “hello”!!!! I also skate street…

Where I think the future of women’s skateboarding will go? I’m so excited for the future, Women’s Street League and Park is an event in Xgames, all the World Cup events gives girls out there the opportunity to progress and grow in the sport. You have younger girls like Anika Verklan, Spencer Breaux, Brighton Zeuner that are coming up and they are so strong! The list of girls goes on and on now… It’s so different from when I first started skating and there was only 1 or two girls pushing around at the parks! Now I go and the girls are shredding… It’s awesome. 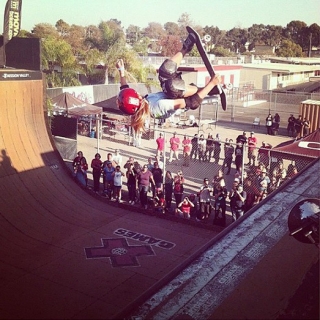 JR: Who ever said too much of something was a bad thing?  We’re super stoked to have had the chance to talk to you a bit today!  Good luck out at X Games in LA, we’ll be rootin for ya!

You have successfully subscribed!

Are you in the right place?